The Dangers of Daylight Savings Time 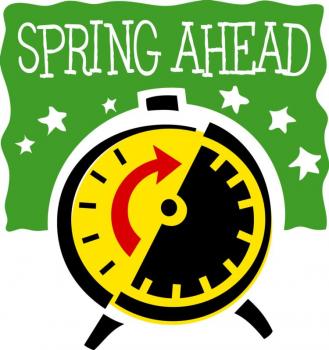 Daylight savings time is coming soon, and with it the potential for fatigue related injury and death. Benjamin Franklin suggested the idea back in 1784, as a way to economize on sunlight and burn fewer candles during winter mornings and nights, but the practice did not become steadily official in the United States until Congress passed the Uniform Time Act in 1966, with the same intention of saving energy. There are many studies showing a dramatic reduction in both pedestrian and motor vehicle deaths if daylight savings were extended to the full year.

The 2009 Journal of Applied Psychology study that came to this conclusion found that mine workers arrived at work with 40 minutes less sleep and experienced 5.7 percent more workplace injuries in the week directly following the springtime daylight saving transition than during any other days of the year. The researchers attribute the injuries to lack of sleep, which might explain why the same effect did not pop up in the fall when workers gained an hour of sleep

A team of Swedish researchers conducted a study in 2008 that showed the rate of heart attacks during the first three weekdays following springtime daylight saving time increased by about 5 percent from the average rate during other times of the year. As with workplace injuries, the effect did not arise at the end of daylight saving time in the fall.

In the 2008 New England Journal of Medicine article that described this pattern, the researchers attributed the small surge in heart attacks in the springtime to changes in people's sleep patterns. Lack of sleep can release stress hormones that increase inflammation, which can cause more severe complications in people already at risk of having a heart attack.

Sleep is a biological need for life and health. Sleep affects mental and physical performance as well as long-term health. Most adults need 7 to 8 hours of good-quality sleep every 24 hours. So, don’t just spring your clocks forwards this weekend, but plan for it by going to bed 15 minutes earlier every night so your body has a chance to adjust by the time you drive to work Monday morning.