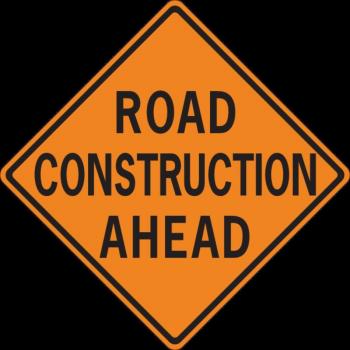 Road construction season is fast upon us. Larry , Daryl and Daryl (https://www.youtube.com/watch?v=-L7UAyQ83Yg) will be out by those orange barrels risking their lives both from the traffic they are directing and their co-workers and on-site heavy equipment.

To keep everyone safe:

· Provide adequate lighting to the flagger station during night work

· To inform road users to stop, the flagger shall hold the flashlight with the left arm extended and pointed down toward the ground, and then shall slowly wave the flashlight in front of the body in a slow arc from left to right such that the arc reaches no farther than 45 degrees from vertical.

Traffic Control at Intersections can pose unique hazards because traffic enters from multiple directions at the same time. In order to direct traffic safely Daryl should:

· Establish a position that will allow him to control the intersection yet is safe. He should establish authority in stance and demeanor where he can see and be seen in his high-visibility retroreflective clothing.

· Give clear uniform signals so drivers and pedestrians know what you want them to do using established hand signal techniques for stopping traffic, starting traffic, and guiding traffic movements

· Make sure vehicles complete their turns without blocking an intersection, and never let a vehicle enter an intersection that does not have room to exit

Keeping Larry, Daryl and Daryl safe from their coworkers is also a challenge. Be sure that they:

· Be aware of blind areas around vehicles and equipment

Employers can help by setting up work site plans to:

· Control movement of equipment and vehicles through an internal traffic control plan (such as a plan that coordinates the flow of vehicles, equipment, and workers operating in close proximity)

· Create a simple drawing depicting movement of workers, vehicles, and equipment at the work site

· Share on-site traffic control plan with workers-on-foot, truck and equipment operators, and anyone entering the site